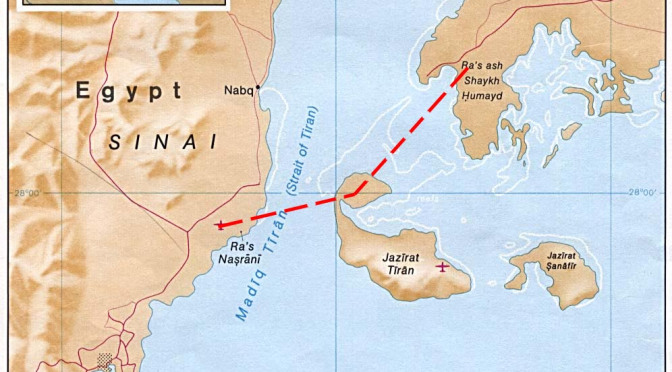 Saudi Arabia has pledged new support for Egypt’s economy in the form of oil assistance and $8 billion in additional investments in the country.

Photo:An idea that was introduced in 1988, The Egypt-Saudi Arabia Bridge and causeway would be the land link between Africa and Asia through the 2 Arab neighbors.

The announcement comes as Saudi Arabia’s Deputy Crown Prince and Defense Minister Mohammed bin Salman was in Cairo on Tuesday. He was quoted in the Saudi Press Agency as saying that King Salman ordered 30 billion riyals ($8 billion) in investments, contribution to Egypt’s needs for oil for a period of five years and support for traffic in the Suez Canal by Saudi ships. No further details were given.

Saudi Arabia and Egypt were in a constant “battle” last months. What changed?

According to Middle East Monitor, Egypt is anxious about anything to do with the Muslim Brotherhood. It is the one which wants to keep the relationship with Saudi Arabia rather vague, potentially encompassing one position and its exact opposite. The reason is a role which Egypt has lost and is dreaming about regaining, but cannot find a way to achieve it.

Cairo says that its security is an integral part of Gulf security. That is true, but it is adopting stances that contradict this interest. The security of the Arabian Peninsula and the Gulf is Egypt’s security too. That’s how things were in the past and that’s how they still are, especially during this period of turmoil, the likes of which the Arab world has never experienced before.

When Saudi Arabia stood by Egypt immediately before and after the 2013 coup, it only did so out of profound realisation of the danger of instability and lack of security in Egypt in the aftermath of the fall of Iraq and Syria. The Saudis cannot afford to see Egypt slide into instability. Should this happen, the burden would fall principally on the shoulders of the government in Riyadh. This is a responsibility that no one single state can bear on its own.

What is even more astonishing is that Egypt realises that in the aftermath of the collapse of Iraq and Syria the region cannot be salvaged except through cooperation with Saudi Arabia. Such cooperation requires a common vision of the solutions and means of deliverance from the current predicament. However, it would seem that Egypt in its current difficult political and economic situation fears reaching a common vision with Riyadh and doing what it takes in terms of cooperation that may result in regional recognition of a Saudi leadership role at its own expense but Egypt needs financial support from the Saudis and the Gulf countries.

The Saudi kingdom’s announcement of the 34-nation coalition to combat terrorism on Monday, night offered few details beyond the names of those involved and that an operations center would be set up in Riyadh. 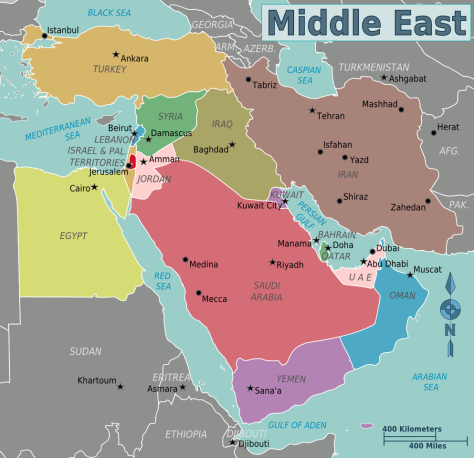 Egypt, Jordan, Libya and Lebanon welcomed the alliance and confirmed their roles. Prime Minister Ahmet Davutoglu of Turkey, the only NATO member in the coalition, called it the “best response to those who are trying to associate terror and Islam.”

Absent from the list was predominantly Shiite Iran—the kingdom’s main rival for leadership in the Muslim world—as well as Israel and Shiite-led Iraq.The absence of Saudi Arabia’s Shiite rival Iran from the list of participants — along with Iraq — has set off a few alarm bells.

Riyadh sees Iran as a patron state sponsor of terrorism for backing the Houthis in Yemen and Assad regime in Syria and considers Iraq’s government a pawn of Tehran.

Meanwhile, Oman — which refused to join the war against the Houthis in Yemen and brokered this week’s cease-fire there — also isn’t on the list. Neither is Afghanistan — which has been waging war against Islamist extremists for years — or Algeria, the largest Muslim country in Africa.

“Algeria has been fighting al Qaeda for over a decade and has the largest and most modern army in Africa,” Riedel said in an email. “Its absence weakens the clout of the alliance.”

Several African nations with questionable military prowess are on the list while others — like Mali, Nigeria, Chad — already have their hands full battling Islamist extremism, according to analysts.

Afghanistan, which is grappling with a resurgent Taliban and an increasing number of attacks by ISIS militants, said it had been invited but was still deciding on whether to join.

Meanwhile, participants such as Mauritania, Niger, Lebanon, and Libya, the Comoros Islands have “very little capability to project force outside their borders,” IHS Janes warned in an analyst note.

“The Islamic State can only be defeated by the capture and proper policing of territories it controls and there is no evidence as of yet that the alliance will provide the forces necessary to do that,” it said

German media has widely reported a leaked German BND intelligence estimate. The BND is Germany’s version of the CIA. The BND report, among other things, concentrates on the rising role of the King’s son, 30-year-old Prince Mohammed bin Salman. Referring to the child prince’s important role the BND states, “The current cautious diplomatic stance of senior members of the Saudi royal family will be replaced by an impulsive intervention policy.”

Prince Salman is Defense Minister and led the Kingdom, beginning last March, into a mad war, code-named by Salman as “Operation Decisive Storm,” in neighboring Yemen. Saudis headed a coalition of Arab states that includes Egypt, Morocco, Jordan, Sudan, the United Arab Emirates, Kuwait, Qatar and Bahrain. The Prince is also head of the Saudi Economic Council which he created.

The new King, Salman, is not the benign sweet guy his PR staff try to paint him.

Saudi Arabia, home to Islam’s holiest sites, views itself as a main target for Islamic State, whose leader Abu Bakr al-Baghdadi called the kingdom “head of the snake” in an audio recording released last year.

Since late last year, when militants opened fire outside a community hall for the Muslim Shiite minority in the eastern village of Dalwa, Saudi Arabia has been targeted in shooting and suicide attacks that have marked a sharp escalation in extremist violence. In July, the Saudi government said it had arrested 431 suspects connected to Islamic State and foiled several plots targeting mosques, a foreign diplomatic mission and homes of security officials.

Some Saudis believe the time has come to show the government is serious about fighting Islamic State, which has roots in Saudi Arabia’s own region and religion.

4 thoughts on “What Saudi Arabia is searching in Egypt?”

The Latest News And Insight From Forex And Equity Markets, Emerging Markets, And Geopolitics

Take a load for free - A collection of flotsam and jetsam from trolling the World Wide Web for your browsing pleasure & edification.