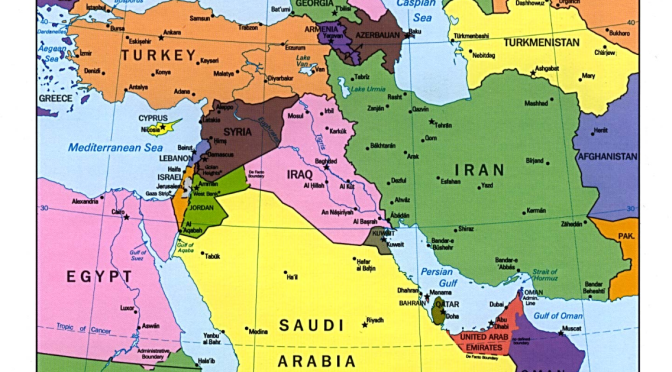 According to Al-Jazeera, The United Arab Emirates (UAE) is ready to send ground troops to Syria as part of an international coalition to fight against the Islamic State of Iraq and the Levant (ISIL) group, a top official has said.

Following in the footsteps of Saudi Arabia and Bahrain, The United Arab Emirates (UAE) stated on Sunday that it was ready to ground troops to Syria to fight Islamic State. Damascus earlier said it would send unwelcomed invaders back ‘in coffins.’

“Our position throughout has been that a real campaign against [ISIL] has to include a ground force,” the UAE’s Minister of State for Foreign Affairs Anwar Gargash said at a news conference in Abu Dhabi on Sunday.

Gargash added that “US leadership on this” would also be a prerequisite for the UAE.

He did not elaborate about how many troops the UAE could send - but added: “We are not talking about thousands of troops”.

Saudi Arabia, which has targeted ISIL with air strikes since the campaign began in Syria in September 2014, said on Thursday it was ready to provide ground forces to defeat the armed group. Earlier this week, Saudi Arabia and Bahrain said they would contribute troops for a ground operation in Syria, should the US choose to start one. The three countries are already participating in the aerial bombing campaign spearheaded by Washington. The US however has repeatedly said it would not send ground troops to fight Islamic State (IS, formerly ISIS/ISIL) and wants the Arab nations to do the fighting on the ground.

The Syrian government warned that any foreign army entering Syria without an invitation would be considered an enemy and resisted.

Iran, the key regional ally of Damascus and a rival of Saudi Arabia, said Riyadh lacked the courage to deliver on the premise.

Russia, which is providing air support to the Syrian government army in a campaign separate from the US-led coalition, dismissed the Saudi statement, pointing out the lack of progress in its other ongoing military operation in Yemen.

Saudi Arabia sent its warplanes and troops to the neighboring country to fight against the Shiite rebels from the Ansar Allah movement, also known as the Houthis. The intervention, which the UAE is supporting militarily, resulted in significant civilian casualties and a humanitarian crisis, but has not seen a military victory.