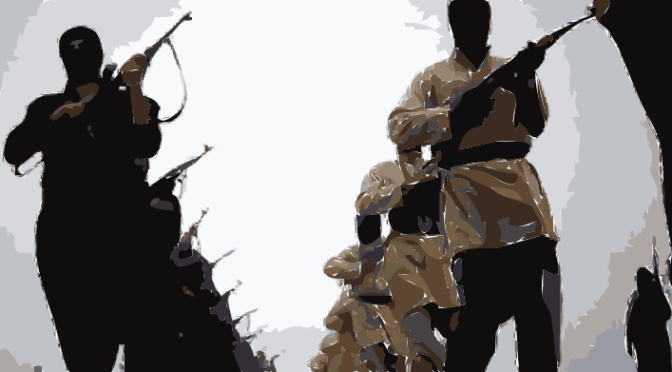 An update of the ongoing war against ISIS, in Syria and Iraq mainly.There is a lot of mystery and confusion about USA and Russian airstrikes in Syria at this moment. Map found on Twitter from serious sources could help to understand the conflcit in a better way. END_OF_DOCUMENT_TOKEN_TO_BE_REPLACED 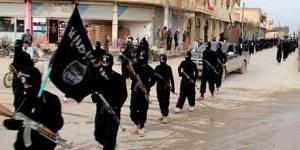 ISIS lady, meet Russian mail-request bride, meet fantastic Internet trick. A group of youthful Chechen ladies made a splendid online cash making plan, all for the sake of ripping off ISIS recruiters—whom they basically hoodwinked with the same strategies your grandparents succumb to when they read their spam inbox.The ladies got away with $3,300 before being discovered, according to RT News.

The city of Adiyaman in southeast Turkey is known mostly for its nearby Greek ruins. But when a 20-year-old man who grew up there detonated himself earlier this month in the southern Turkish town of Suruc, killing 31 people, its growing reputation as a haven for Kurds eager to join the Islamic State group made international headlines.

In recent years, hundreds of Kurds from Turkey, Iraq and Syria have joined the Islamic States’ ranks, according to experts and government officials. In one highly publicized incident, a high-ranking Kurdish leader of ISIS from the city of Erbil in Iraq, Ziad Salim Mohammad Ali al-Kurdi, was killed earlier this year in a U.S.-led coalition airstrike.

UK authorities are becoming increasingly concerned over the growing influence of ISIS and other jihadist groups. According to the New York Times, more British Muslims have joined ISIS in Syria than have joined the UK’s armed forces.

Most of the British jihadists are the children of immigrants. Their parents came to Europe in order to find a more comfortable and successful lifestyle, and still often look positively on Europe in comparison to memories of their home countries.

However, their children grow up only knowing life in the West. They tend to feel alienated from the traditional British culture and lifestyle. As a result they see themselves as Muslims first, and secondly as British citizens.

Meanwhile, according to the Guardian.Com, fifty Britons have been killed fighting for Islamist militants in Syria and Iraq over the last three years, research by the Guardian and experts from a London university has concluded.

The verified dead, who are all male, include at least eight teenagers. The youngest, Jaffar Deghayes from Brighton, is 16. His father said he died near Aleppo fighting for al-Qaida’s Syrian branch, Jabhat al-Nusra. The average age of the dead is 23.

A joint project with the thinktank the International Centre for the Study of Radicalisation (ICSR), based at King’s College London, the research also shows that the oldest to die was 41-year-old Abdul Waheed Majeed, a truck driver from Crawley, who was a suicide bomber for Jabhat al-Nusra. He drove a bomb-laden truck into a prison in Aleppo in February 2014.

The Iraqi government has accepted only a fraction of fighting vehicles the U.S. has offered to provide it, indicating leaders in Baghdad desperately holding their country together amid the Islamic State group onslaught may be trying to appease multiple masters.

Amid the rise of the Islamic State group late last year, U.S. News reported the U.S. military was hoarding more than 3,000 fighting vehicles in nearby Kuwait, mostly the mine-resistant, ambush-protected combat trucks known as MRAPs that played a key role in the wars in Iraq and Afghanistan. This stockpile, made up largely of equipment withdrawn from Afghanistan, was designed to give war planners options and bolster Iraq’s military forces as they disintegrated in the face of Islamic State group violence.

According to the ISIS Twitter Census, a research project by the Brookings Institution to map Twitter usage by the terrorist group, the ISIS global social media juggernaut on Twitter consisted primarily of a few hundred accounts with thousands more (69%) tweeting only a few times or getting suspended. Overall, the study found, a small group of highly effective ISIS social media users has captured global attention and amplified impressions of the organization far beyond its actual numbers.

(Source: ibtimes.com)
Kuwait on Thursday announced that it had uncovered a terrorist cell linked to the Islamic State group and detained five Kuwaitis fighting for the militant group. The arrests come just over a month after a Shiite mosque in Kuwait City was targeted by a suicide bomber belonging to a local branch of ISIS.
The individuals arrested confessed that they had received “courses about the doctrine of the terrorist organization [ISIS] … in addition to advanced training on using arms, before taking combat action in Syria and Iraq,” Kuwait’s official KUNA News Agency reported, citing a statement by the interior ministry.

Kurdish fighters and Syrian regime forces ousted the Islamic State (ISIS) from the northeastern Syrian city of Hasakah on Tuesday, according to the Syrian Observatory for Human Rights, a U.K. based group that monitors the conflict.

ISIS militants had launched an assault on the city last month, particularly the city’s government held southern areas, in a bid to tighten its grip on territory surrounding its de-facto capital, Raqqa.

Participants in an Australian reality TV show were fired on by Islamic State fighters in Syria during filming, public broadcaster SBS’ footage has revealed. The goal of the series is to relive the experience of refugees and show it to Australians first-hand.

SBS aired the first episode of a new season of “Go Back to Where You Came From” on Tuesday evening, a three-part series that takes “ordinary Australians” to Syria, Baghdad and Myanmar, showing what refugees are forced to face every day.

In one of the scenes shown so far, three of the six crew members are running away from shots in Syria, looking for shelter behind walls, as sounds of mortar rounds are heard in the background.

Kurds in northern Syria have established a political order, the last months, like few others in this region of the world. Known as Rojava, the Kurdish-controlled areas of Syria are governed through participatory decision-making forums that include councils made up of women, Christians, Yazidis and Muslims.

But those gains are now in danger as Turkey, which has a long history of enmity towards ethnic Kurds and fears the potential for a Kurdish state to its immediate south, in northern Syria or Iraq, flexes its political muscle in Washington and applies its military might in the Middle East.

This past week, the Turkish government made two critical air bases available to U.S. forces, a long-sought concession that allows the U.S. military to launch anti-ISIS raids more quickly. And it began its own airstrikes against ISIS. But that move is increasingly being seen as something of a feint, with Turkey’s main focus being a new offensive against Kurdish militants. (Source: The Intercept)