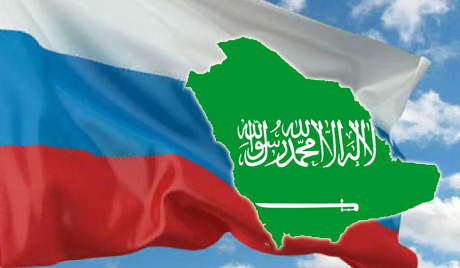 The Saudi Center for Research on atomic and renewable energy announced on its website that an agreement had been reached with Moscow for the construction of 16 nuclear reactors . However, no other details, including the nature and the specific areas of Russian intervention were made.

The same body has already signed such agreements with countries capable of building nuclear power plants, such as the United States, France , South Korea, China and Argentina. In 2012, the Saudi kingdom had announced that he intended to build 17 nuclear power plants by 2032 to 17 gigawatts and 41 power plants run on solar energy.

There is no reason why Saudi Arabia should not buy Russian weapons and nothing could interfere with Moscow selling its arms to Riyadh, the Kingdom’s Foreign Minister, Adel bin Ahmed Al-Jubeir, told RT Arabic.

The newly signed memorandum serves as a prolongation and activation of previously signed similar documents, the minister said. The purchase now depends on the position of the armed forces of Saudi Arabia and the result of bilateral negotiations.

In the meantime, military experts of both sides are studying the issue.

On the background the Old Saudi rivalry with Iran

Saudi Arabia had proposed that his great rival Iran , which it suspects of wanting to develop nuclear weapons, says a consortium purchasing and uranium enrichment. Iran has declined the offer. The Saudi kingdom has therefore also buy its own ore.

At the same time, multiplying the potential partners to develop its core, Riyadh appears to have a vis-à-vis the US blackmail. A way of saying: if you manage to deal with Iran, we deem unreliable, we launch, we in a program that can lead to a bomb.

Russia and The Yemeni Conflict

Russia has been critical of the Saudi-led bombing campaign in Yemen from the very beginning. Prior to the meetings in St. Petersburg, Saudi Ambassador to Russia Abdulrahman Al-Rassi said Moscow has an “important” role to play in implementing a Security Council resolution on Yemen, according to the Saudi Press Agency (SPA), reporting on Thursday.

Moscow is also a longtime supporter of Iran, which Riyadh sees as a primary rival in the Middle East.

The Saudi ambassador said Moscow’s role was also “important” when it comes to other countries in his region, such as Iran, stressing that Russia should use its power in the UN Security Council to “maintain stability and security in the world.”

An ‘oil partnership alliance’ between Saudi Arabia and Russia could stabilize the global oil market? It sounds unlikely, particularly with all the talk about the U.S. and Saudi Arabia secretly agreeing to collapse Russia’s economy by crashing the price of oil in 2014, not to mention how the two countries diametrically oppose one another on issues such as Syria, Iran, and Yemen.

This is just the beginning of a new chapter in Saudi-Russian relations. During his meeting with President Putin, Prince Muhammad publicy announced that his father had offically invited the Russian president to the Kingdom, stating, “I have the honor to pass on an invitation to visit the Kingdom of Saudi Arabia, as we regard Russia as one of the important states in the contemporary world, and our relations have roots in the past.”

Related Info :
GREECE AND RUSSIA SIGN DEAL OF 2 BILLION$ ON TURKISH STREAM WHILE THE GREEK DEBT CRISIS ALERT IS ON RED ALERTRUSSIA’S S300 SUPPLY TO IRAN -WORST DEAL SCENARIO FOR ISRAEL?
FROM RUSSIA WITH LOVE

Lets continue the conspirancy through books

YoWindow.comyr.no
The Politics of Writing
The DTM News

Bringing you the latest on the world today through the eyes of a bored 20 year old.

A photography and collage art blog

Trading Advice You Can Trust