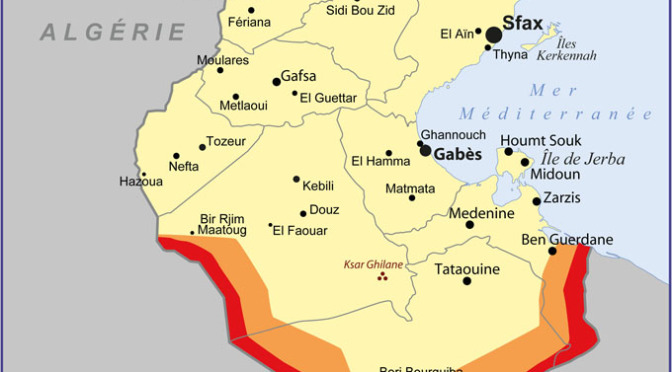 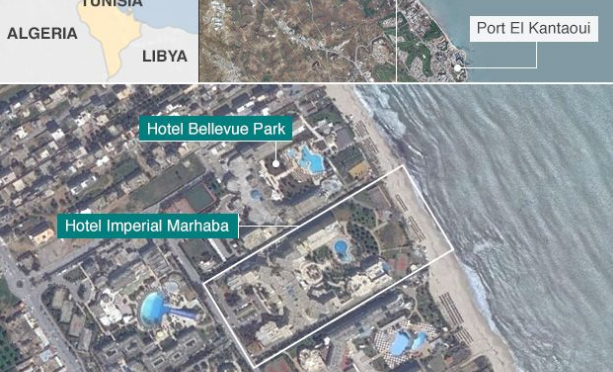 There were no other details immediately available, but Tunisia has been on high alert since March when Islamist militant gunmen attacked the Bardo museum in Tunis, killing a group of foreign tourists in one of the worst attacks in a decade in the North African country.

At least 37 people, mostly foreigners, have been killed and 36 injured in an attack on a beach in the Tunisian resort town of Sousse, according to the health ministry.

Video footage showed the body of a suspected gunman lying in a street.
Tunisians, Britons, Germans and Belgians and at least one Irish citizen are among the dead.

In March militants killed 22 people, mainly foreign tourists, in an attack on a museum in the capital Tunis.
Tunisian President Beji Caid Essebsi has gone to Sousse’s Sahloul hospital to visit the injured.

AK47 in hand, he prowls the streets of Sousse, the popular resort town where he opened fire on the beach packed with holidaymakers.

The assassin is believed to be Seifeddine Yacoubi, 23, an aviation student from the Tunisian city of Kairouan.

ISIS claimed responsibility for the attack, the deadliest involving foreigners in Tunisia since a 2002 suicide bombing on the island of Djerba.

The attack comes just hours after a man was decapitated and dozens more injured at a gas product factory in France by terrorists carrying Islamist banners.