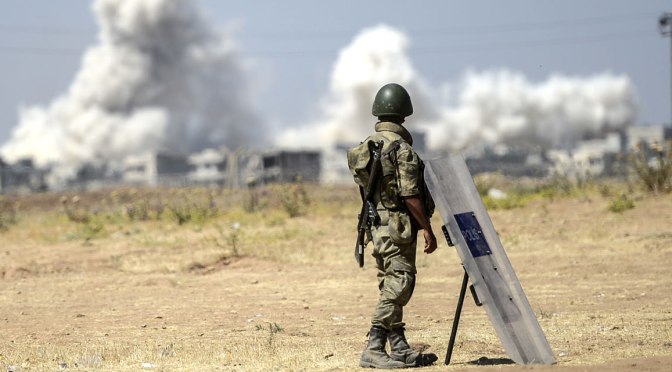 Turkey carried out airstrikes against three Islamic State of Iraq and the Levant (ISIL or ISIS) targets in Syria for 13 minutes early July 24.

Three Turkish F-16 fighter jets took off from the 8th Main Jet Base in the southeastern province of Diyarbakır at 3:12 a.m. and hit two ISIL headquarters and one rallying point inside Syria with guided missiles from 3:40 a.m. to 3:53 a.m., Turkish Prime Minister’s Office said in a statement

CNNTürk reported that Turkish jets launched the missiles from their country’s airspace without entering the neighbouring Syrian territory.