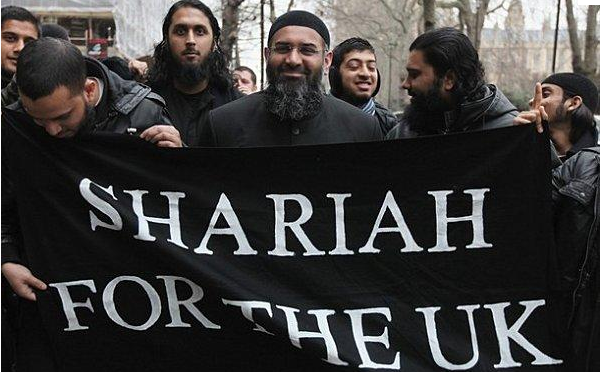 The term “Londonistan” has been applied pejoratively by the British media for various years. In Whitechapel market, or by the mosques of Walthamstow and Leyton, there are as many women wearing the niqab or the Islamic veil as there are walking around uncovered. The French had first used such terminology in the 1990s to name the multi-ethnic zones in the capital with this designation, after various police operations in Paris and as well as in Brussels (Belgium) having proven the linkage between these areas and extremists in these three countries. Londonistan, Paris and Brussels are the big schools of recruiting and sending jihadists (sadists) to terrorize the Middle East. Western’s are the most keen to behead people there according to the medias and reports.

A Guardian article reported mid January, as well other sources, that the mentor of the two gunmen shootings at Charlie Hebdo in Paris was Djamel Beghal, a French-Algerian who moved from France to Britain in 1997, and became a regular worshipper at London’s Finsbury Park Mosque and a disciple of the radical preachers Abu Hamza al-Masri and Abu Qatada, the latter of whom is now in Jordan. He was recently identified by U.K. and French intelligence as one of al-Qaeda’s leading recruiters in Europe, the Guardian said.

Beghal, who moved to Leicester, U.K., with his family in 1997, was part of an extreme Islamic Armed Group (GIA) offshoot, Takfir Wal Hijra, loyal to al-Qaeda and led by Osama bin Laden’s deputy, Ayman al-Zawahiri. Incidentally, Beghal was one of many Algerian Groupe Islamique Armé (GIA) members linked to al-Qaeda that Londonistan protected and continues to protect.

As an example, the Paris transit bombings of 1995 killed eight and injured 150 and were carried out by the GIA. The alleged mastermind of the GIA bombings was Rachid Ramda, an Algerian living in the U.K. at the time, whom the British then detained but refused to extradite to France until 10 years later. 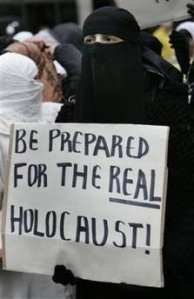 As reported by Dailymail.co.uk, extremist Muslim preachers — sometimes referred to as the Tower Hamlets Taliban — have issued death threats to women who refuse to wear Islamic veils. Neighborhood streets have been plastered with posters declaring: “You are entering a Sharia controlled zone. Islamic rules enforced.” And street advertising deemed offensive to Muslims has been vandalized or blacked out with spray paint.

Even back In 2006,a British journalist Melanie Phillips wrote about the spread of Islamism in the United Kingdom over the previous twenty years. Her best-selling book titles: Londonistan: How Britain is Creating a Terror State Within. and it was written in the aftermath of the terrorist attacks in the British capital.  The book encompasses a critique of multiculturalism, alleged weak policing, cultural relativism and what Phillips calls a “victim culture”. She argues that these forces combined to create an ideal breeding ground for Islamic terrorists. She points to the centrality of London-based individuals and groups to many terror plots around the world, which she argues were enabled by a semi-formal “covenant of security” between Islamists and the British authorities. Zacharias Moussaoui and the shoe-bomber Richard Reid are two of many such examples she points to in the book.

The Sunday Telegraph revealed more than a dozen other instances in Tower Hamlets where both Muslims and non-Muslims have been threatened or beaten for behavior considered to be a breach of fundamentalist “Islamic norms.” Victims said that police ignored or downplayed outbreaks of hate crime, and suppressed evidence implicating Muslims in them, because they feared being accused of racism or “Islamophobia.”

One victim, Mohammed Monzur Rahman, was left partially blind after being attacked by a mob in Cannon Street Road, Shadwell, for smoking during the Muslim holy month of Ramadan.

“Two guys stopped me in the street and asked me why I was smoking,I just carried on, and before I knew another dozen guys came and jumped me. The next thing I knew, I was waking up in hospital.”

A group of Muslim men attacked a 23-year-old American student, who had only been in the country for three days, after they saw him drinking on an East London street. The student suffered extensive injuries, including a smashed eye socket. The perpetrators are now in prison.

The owners of restaurants and shops in Brick Lane in Whitechapel, a popular area of London, have been warned that they faced 40 lashes if they continued to sell alcoholic products.

In Leytonstone in East London, the former Home Secretary John Reid was heckled by the Muslim extremist Abu Izzadeen who yelled: “How dare you come to a Muslim area.”

Muslim gangs have also been filmed loitering on London streets and demanding that passersby conform to Sharia law. In a series of videos, the self-proclaimed vigilantes — who called themselves Muslim London Patrol — are seen abusing non-Muslim pedestrians and repeatedly shouting “this is a Muslim area.”

Read More about this important issue into the heart of London:

3 thoughts on “Geopolitics-Diplomatie: This month Guide to Londonistan :Bon Voyage”