A dispute about how far the Aphrodite gas reservoir extends into Israel is preventing the signing of a unitization agreement.

Cypriot President Nicos Anastasiades will visit Israel on Friday for a meeting with Prime Minister Benjamin Netanyahu, according to media reports in Cyprus. Among other things, the two leaders will discuss matters regarding energy. Cypriot sources said they would also discuss the political dispute over the Aphrodite off-shore natural gas reservoir, which extends into Israeli waters.

Last month, “Globes” revealed that disputes between Israel and Cyprus over development of the Aphrodite reservoir were delaying the signing of a unitization agreement between the two countries.

The agreement is designed to arrange the development of oil and gas reservoirs held by the two countries and additional cooperation in the energy sector. The Aphrodite reservoir, discovered in Bloc 12 in Cypriot waters, partly extends into the area of the Yishai license in Israeli waters. The unitization agreement, which was slated for signing together with a marine borders agreement signed in 2010, has been delayed since then due to various dispute involving principles and technical matters. Negotiations between the parties have been going on for five years.

“The unitization agreement between Israel and Cyprus will be signed if the internal political dispute in Cyprus is solved, and if gas from the countries can be exported to Turkey,” said Institute for National Security Studies senior fellow and former Israel Ambassador to Jordan and the European Union Dr. Oded Eran.

“A deal for gas exports to Turkey will force the two countries to settle their differences,” he explains. “The problem with the Aphrodite reservoir is not only the lack of a unitization agreement with Israel, but that the quantities of gas in it do not justify the investment required to develop it,” Eran asserts. “Therefore, if Israel and Cyprus manage to build joint infrastructure for exporting gas from the two reservoirs, Leviathan and Aphrodite, there will be a better chance of an agreement being signed by the countries.”

According to Eran, “1% of the Aphrodite reservoir extends into Israeli waters, and no one in Israel really wants to invest there. If a deal for exporting to Turkey makes progress, however, both of the countries will be more flexible, and progress on an agreement can be made.” On the question of Israel’s gas exporting options, Eran says that the only realistic option today is Turkey.

“The gas discovery in Egypt has changed everything, and exporting gas to that country will be difficult for both Israel and Cyprus. Turkey is the address now. The Turkish economy consumes 48 BCM of gas, and its consumption will double over the next 20 years,” Eran says. What has to happen for a deal to be signed with Turkey?

Eran claims that the internal disputes in Cyprus must be solved first. Turkey invaded the northern half of Cyprus in 1974, and since then, there has been a dispute between the countries. Cyprus, through whose economic waters the pipeline to Turkey should pass, is not giving the project the go-ahead. “In recent months, there has been progress in the negotiations between the Turkish and the Greek side in Cyprus. The Greek side is becoming slightly more flexible, and there is reason for optimism,” says Eran, adding, “If the parties reach an understanding, Israel will be able to push forward a deal for exporting gas to Turkey. Israeli gas can go to Cyprus, and from there through the pipeline to Turkey.” 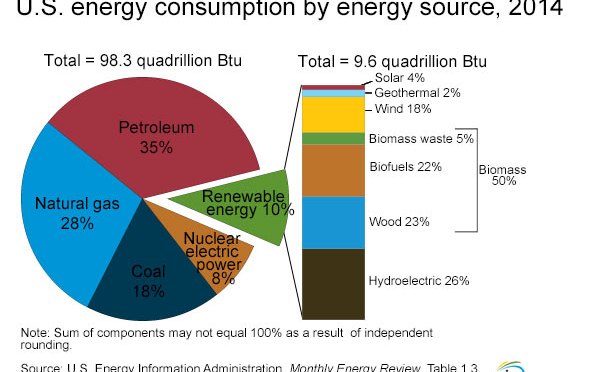 A new type of renewable diesel fuel is meeting the growing demand for renewable biofuels, which is driven by biofuel mandates and customer demands for higher quality. Unlike other biofuels, hydroprocessed esters and fatty acids (HEFA) fuels are nearly indistinguishable from their petroleum counterparts. Worldwide, more than a billion gallons of HEFA fuels were produced in 2014.

//platform.twitter.com/widgets.js  HEFA fuels are hydrocarbons rather than alcohols or esters. Hydrocarbons from nonpetroleum sources are known as drop-in fuels because they are nearly identical to comparable petroleum-based fuels. During the refining process, the oxygen present in the alcohols and esters is removed, leaving only hydrocarbons. HEFA fuels are the most common drop-in biofuels; they can be used in diesel engines without the need for blending with petroleum diesel fuel. Currently, HEFA fuels are approved by ASTM International for use in jet engines at up to a 50% blend rate with petroleum jet fuel. The most common HEFA biofuel production to date has been a diesel replacement fuel alternately marketed as hydrotreated vegetable oil (HVO) abroad, or as renewable diesel in the United States. HEFA fuels are produced by reacting vegetable oil or animal fat with hydrogen in the presence of a catalyst. The equipment and process are very similar to the hydrotreaters used to reduce diesel sulfur levels in petroleum refineries. There are currently 10 plants worldwide that produce renewable diesel, one of which is ENI’s former petroleum refinery in Venice, Italy. Total is planning to convert its La Mede, France, refinery to HVO production, and four additional renewable diesel projects are being developed by other producers. Finnish Neste is the world’s largest producer of renewable diesel. Other major producers are Italy’s ENI, U.S.-based Diamond Green Diesel, and Swedish refiner Preem. Beyond diesel, another outlet for HEFA fuels using similar technology is biojet fuel, which can currently be blended with petroleum jet fuel in proportions up to 50%. As with any alternative jet fuel, HEFA biojet has to meet stringent specifications that ensure it will perform under a wide range of conditions. One potential consumer for this fuel is the U.S. Department of Defense, which intends to use biojet in its JP-8 jet fuel. JP-8 is a versatile fuel used in military vehicles, stationary diesel engines, and jet aircraft. This use of a common fuel simplifies logistics. There is also civilian interest in nonpetroleum jet fuel. Alaska Airlines, KLM, and United Airlines have demonstrated the use of HEFA biojet fuel on commercial flights since 2011.

We are now the largest producer of #renewable fuels from waste and residues. See how we do it: http://t.co/W51xFeXGKw pic.twitter.com/9EilwjM4uL

A daily selection of the best content published on WordPress, collected for you by humans who love to read.